How Does A Plasma Cutter Work?

Plasma cutter is a tool of metal fabrication, often misunderstood to be very complicated, expensive, and with limited applications. However, as you’ll soon discover, a plasma cutter is actually a very simple technology that has been around since World War II and uses one of the most fundamental forms of matter in the universe.

In this guide, we’ll take a look at what exactly happens in plasma cutting, how the plasma cutter itself works, its benefits and disadvantages, how to choose the right plasma cutter, best practices, and more.

Hollywood has used plasma in all sorts of contexts making it seem like a very complicated thing. In reality, however, plasma is one of the fundamentals of the universe.

There are different types of matter that can exist in this universe and plasma is one such form of matter (the other being solid, liquid, and gas). Plasma was first recognized in the 1920s and was often compared with the other ordinary gases.

However, the two are very different from each other. Plasma comprises ions (positively charged nuclei that roam freely) and atoms. In plasma, atoms have been stripped away from some or all of the electrons.

In 1953, Robert M. Gage invented plasma arc welding and plasma arc cutting. The process gained widespread recognition due to its cutting edge precision on both thin and thick types of metals.

The setup consists of an alloy/tungsten electrode and a constricting nozzle that acts as a non-transferable arc. In this type of welding, an electric arc is constructed between an electrode and the workpiece.

In PAW, three types of gases are being used: plasma gas, shielding gas, and a back-purge gas.

What is Plasma Cutting?

This method is great for all the electrically conductive metals such as steel, stainless, and aluminum. Unlike plasma arc welding, plasma arc cutting uses a higher level of velocity.

What is the Process of Plasma Cutting?

There are slightly different versions of plasma cutting and a few differences in the cutting process. One of the most basic and common methods involves creating a system of transferable arc between the plasma cutter, workpiece, and electric circuit.

It is important to note that before beginning the plasma cutting process, a beginner is suggested to review all the manuals, set the machine, and place the air dryer in the machine (as it helps in abstaining any moisture from getting inside the line and torch which in turn, accelerates the burning of the consumables), check the temperature and cutting speed.

After setting the machine and choosing the consumables, you plug the machine to the outlet. Once the plasma cutter starts, electrically ionized gas that is plasma exits the nozzle and transports ample heat that helps in cutting the workpiece.

Safety is one of the most important steps to keep in mind when working with tools that exceed temperatures of 20,000°C. PEP stands for People, environment, and property, and PEP safety implies keeping all three in check when working under such extreme conditions. Here are some of the things one must consider before starting the process of plasma cutting:

How Does a Plasma Cutter Work?

A few of the most important things to know in a plasma cutter are the electrode torch, cutting gas, shielding gas, and plasma. The plasma cutter begins by creating an electric arc by sending the gas through a constricted opening.

This gas can be nitrogen, argon, oxygen, and any other gas depending on the type of metal being cut. When the electricity passes through the line, the temperature of the gas increases to such a level that it enters the fourth state of matter i.e., plasma.

How to Choose a Plasma Cutter?

In the world of welding, countless substitutes are available for each and every machinery, it becomes quite difficult to select a particular anything and the same dilemma appears when choosing a plasma cutter.

For a beginner, the process of choosing a plasma cutter can become overwhelming, especially without the proper knowledge of terminology and different specifications since there are so many options with different features, specifications, and advantage.

After comparing and compiling all the tips and tricks provided by industry experts, we’ve created a list of things you need to consider before choosing a plasma cutter:

Ask yourself these questions before making any decision and choose an option that works the best for you and your situation.

What are the Pros and Cons of Plasma Cutting?

Technology for joining and cutting metals has come a long way and today, there are different types of methods available such as the traditional mechanical cutting, oxidation cutting (cut via a chemical reaction), and arc cutting (cut via melting). Plasma cutting falls under the category of thermal cutting in which a workpiece is cut via the oxidation method of using chemicals or the arc cutting method of melting the workpiece. Let’s take a look at some of the reasons as to why many people are opting plasma cutting:

Plasma cutters are suitable for all kinds of situations and here’s why:

Plasma cutters are versatile tools for metal fabrication that can do a lot more than what we’ve discussed so far. For instance, did you know that:

How to Increase Plasma Cutting Efficiency?

The method of plasma cutting emerged from plasma arc welding and by the 1980s, the method gained ample attention because of its efficiency and productivity. For many, it became a viable option and an alternative to oxyfuel cutting as it provided a much cleaner and accurate cut. Here are some tips and tricks for beginners in how to increase your plasma cutting efficiency:

One of the most basic yet most ignored rules is the use of both your hands. Beginners tend to forget to use their non-cutting hand to support their other hand in order to gain a much higher level of stability when working with the torch.

It is often suggested to use both the hands as it provides freedom and steadiness to move your hand in any direction and maintaining the proper cutting speed.

It is highly recommended for beginners to practice their hand movements before they pull the trigger or to use a sample metal and try to cut it first.

This is highly beneficial when trying to cut a long and continuous workpiece as stopping in the middle and attempting to start again does not result in a smooth and professional finish cut.

It is important to check that you’re using a correct tip for amperage settings. For example, a lower-amperage tip will have a smaller orifice and thus, it creates a narrower plasma stream. Another thing to check is the travel speed.

For instance, if the speed is too fast or too slow then the cut may not be as smooth as desired. Therefore, it is suggested to practice once with a sample workpiece and get your head around the process.

The quality of consumables depreciates much quickly if not taken care of properly and working with a burned consumable could result in a variety of problems.

Therefore, it is important that you do not stop and restart your plasma torch constantly as that impacts the life of the consumables.

The cutting speed is highly dependent on the type and thickness of the workpiece/metal you’re dealing with. For instance, if you’re working with aluminum, it is suggested to have a much faster speed as it gives a cleaner cut.

As already mentioned, it is very important to keep a check on the direction of the spark from the plasma stream and maintain the speed accordingly.

In order to achieve the right speed, you have to check visually and see that the spark direction is titled in the 10 to 15-degree angle.

In order to work efficiently and effectively, it is necessary to check that you’re working under the right environment and taking care of your properties. Taking proper safety measures eliminates the risk of any future mishaps.

And with that, we wrap up this ultimate guide on plasma cutters. Despite the simple concept on which they operate, plasma cutters are some of the most useful and handy tools found in the metal fabrication business. 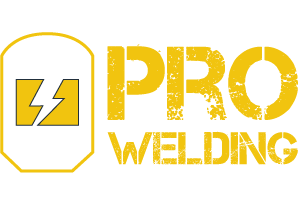